They have an equivalent of a residential college system. Okay, not really.

This was my first visit to SUTD. Stepping into the strangely empty, open, grey-and-green-themed campus felt entirely different from the small, resort-like campus I was accustomed to back at Yale-NUS. A friend, who chose to remain anonymous, kindly offered to bring us around the on-campus student housing area. All SUTD freshmores have to stay on campus and share rooms with one other roommate. This means that it is difficult for freshmores to expand their friend circles to include more people than those they meet in class and in their CCAs. “We see the same people in class and out of class. There isn’t much chance for interaction with others,” my friend said. Rooms are allocated in such a way that freshmores stay on the same floor as their classmates. After their first three terms, students are free to choose to stay on campus or return to living at home.

I was told that the residential college system in SUTD was a hot topic among the students, partly due to a strange $10.70 (inclusive of 7% GST) fee for miscellaneous things that include but are not limited to application fees, lockouts and retrieval of confiscated items.

As we stepped out of the bare-walled lift into the hostel corridor, I was greeted by a  narrow, grey dark corridor with rooms tightly lined on either side, a barred up window at the end, a communal toilet somewhere in the middle, and a pantry tucked away in the corner. This desolate layout seems a far cry from the  way our suites are designed here in Yale-NUS. My  expectations were not high as my friend led me into her room. To my surprise, it wasn’t as bare as the outside. The room was small, but pleasantly lit and cheery. It was furnished tastefully and practically, with a white board wall next to each study desk. Written all over my friend’s board were equations, to-do lists and hilarious notes of encouragements from her friends. It was like a nice balance of what college should be. With a fan each and a shared air-conditioner, the rooms weren’t as bad as I thought they would have been.

What is drastically different about residential college life in SUTD as compared to RC life in Yale-NUS, is that (at least outside the confines of the rooms) the former is virtually non-existent. There are no RC activities. The hostels were, literally, just hostels. Compare this to the residential life we have here in Yale-NUS. Our lifts are never bare-walled but often plastered with poster over poster of events. One reason for this lack of RC life in SUTD, could be the lack of communal spaces to hang out in and “organically” create social gatherings. Contrast this to the random jamming sessions we have in our sky gardens, impromptu study sessions in common lounges and movie nights in the butteries.

It doesn’t help that SUTD is located at the far end of Singapore, with the closest mall being Changi City Point, a 15 minute walk away. “Too much effort needs to be made to hang out. We usually go off-campus for that. Some students even go to the fab lab (a small scale workshop for digital fabrication) to chill.

We have a similar “small school culture”.

What SUTD lacks in RC spirit, they make up for with a vibrant small school culture. SUTD has a relatively small school population with a fifth intake of 467 students last year. Just like Yale-NUS, SUTD has a “start-up” community spirit with many over-eager students trying to set up their own clubs, resulting in a saturation of student orgs for their small population. On my second visit, SUTD student Kloo (Keith Teo) told me about the range of quirky clubs they had: ranging from clubs for wingmen to interest clubs for Dungeons and Dragons (D&D) enthusiasts like Kloo himself.

Another aspect of SUTD’s small school culture is a “Don’t Say Bojio” culture (or DSBJ, as they call it) where everything from free food to clubbing or study sessions is made known to almost everyone through WhatsApp chat groups, invitations or Facebook groups. This does sound a little like Yale-NUS, with Paul Jerusalem’s ’19 free food announcements on the Yale-NUS Students page, our For Sale or Free page, the strange little pool party or drinking invitations we get on Facebook and WhatsApp, and the late-night invitations to mugging sessions in classrooms.

One SUTD student, Jun Hao Teh, took SUTD’s DSBJ culture to another level. He designed an app called the Aaron App to “connect people within the SUTD community and allow them to complete errands for each other in exchange for a gratitude fee.” Students could add a “jio” on the app when they were going somewhere and willing to “dapau” (help someone else buy something), or students could make requests on the app when they needed favours. A better world by design indeed. When asked about why students were willing to open up favours to the entire school population, Kloo said “I guess SUTD’s small enough for us to care.”

That’s it for part 2. Click here to read part 1 and join me again next week for the third and final part to this series on what makes SUTD special. 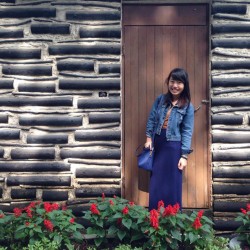