More Than Just a Name-Change

With the beginning of the new academic year, the Yale-NUS College Wellness Centre has been re-branded as “Wellness Initiatives” and “Counseling Centre”. Once grouped under the Wellness Centre along with other services like athletics and health, the Yale-NUS counseling team has since been given its own space, separate from the rest of Wellness. This decision was made by the college not only to improve mental health support for students, but also to  combat past notions that counseling was not emphasized enough within the college.

The inadequacy of mental health resources at Yale-NUS has been a topic of great concern for a long time. As covered in a previous Octant article , a town hall held in October 2016 brought to attention major concerns about the state of wellness on campus. Students voiced their concerns about issues such as the college employing too few counselors (there were only two at the time), the high turnover rate of the counselors, and long waiting times for appointments. With such problems plaguing its mental health support system, the college was under pressure to act quickly.

In an interview with The Octant, Yale-NUS President Tan Tai Yong explained that the idea of establishing a stand-alone “Counseling Centre” first emerged over the summer, and was subsequently implemented to “highlight the importance of counseling, strengthen it and give it direct access to the Dean of Students”. While the counseling team, led by Head of Counseling Ho Shee Wai, is still located in its cozy and accessible quarters by the library, it is now its own entity, said Mr. Tan.

This means that although Counseling remains under the umbrella Department of Wellness, the team now communicates directly with the Dean of Students Office. This will allow for better collaboration between the two offices and, hopefully, more efficient responses to pressing issues that require immediate attention. A member of the student-run mental health group, Aloe, who wished to remain anonymous, also confirmed that three more counselors are expected to join the current team of three in the near future.

However, some students think that more can still be done to improve the mental health support system at Yale-NUS. Sowmya Uppili Raghavan ’21 said that she feels that while the Counseling Centre aims to provide better resources, it continues to place the onus on students to actively seek the counselors out. She said that she hopes to see the team be more proactive in terms of “educating the student body and host[ing] cohort-wide programs that could engage students in mental health topics and coping strategies”. An example of such an initiative is the compulsory welcome briefing the Centre held for all freshmen during orientation, where counselors sat down with small groups of students to introduce the center’s free services and to help debunk common misconceptions about counseling.

On the downside, the inception of the new Centre has also created another issue: the misinterpretation of the title “Counseling Centre”. The word “counseling” is often associated with ideas like “weak, flawed or ‘crazy’”, a myth the counseling team seeks to debunk on its webpage. Such stigma may deter some students from visiting the Centre. Another common misconception many students have is that counseling is only suitable for those who are suffering from severe mental or emotional problems. Raghavan says that “people don’t realise that they can go [to the Centre] for latent everyday problems like sleeping problems, social anxiety, and homesickness”. This point is also addressed on the Counseling webpage, which states that “attending counseling when problems are mild to moderate can prevent problems from becoming severe.”

That being said, the college is open to giving the Centre a new name if necessary: one that could both help eliminate the stigma and make it more approachable to those who need help, without trivializing the seriousness of counseling. Students are encouraged to write to Dean of Students Christopher Bridges if they have any good ideas. “If someone can come up with a good name, we’ll be happy to endorse it,” Mr. Tan said. 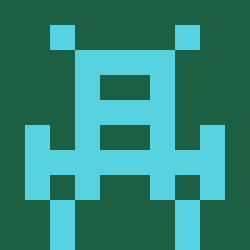