Dr. Zakaria or: How I Learned to Stop Worrying and Love Yale-NUS Academics

The phrase “liberal arts” tends to be the butt of lots of jokes—especially in Yale-NUS—where self-deprecating students often quip about how dark our futures are thanks to it. We sigh about what we’ll do after we have to “face reality” after graduating from college, and complain that although we love reading Decameron and learning about the philosophy of Descartes, they’re not going to help us once we enter the corporate sector and are forced compete against former business students.

On Oct. 31, 2017, Dr. Fareed Zakaria, the host of CNN’s international affairs program Fareed Zakaria GPS, and Professor Tommy Koh, Singapore’s Ambassador-at-Large at the Ministry of Foreign Affairs, gave a President’s Speakers Series talk “The Unfolding 21st Century”. There, I had the opportunity to not only listen to two incredible powerhouses in the field of politics, but also to realize just how valuable (and useful!) my liberal arts education in Yale-NUS has been and will be in the long run.

As the dialogue progressed, again and again, I caught myself getting excited every time the speakers mentioned a familiar term or concept I had learned in class. My ears perked up at the mention of multipolarity and hegemony of America in the 21st century; the mere mention of those words alone were enough to take me back to the International Relations class I had taken last semester.

Characterized by theory after theory, and terribly long readings, I still clearly recall it being a tough class, especially for a freshman straight out of ungraded semester. Even though the most distinct memory I have of the International Relations class is being supremely annoyed that I had mixed “Waltz” and “Walt” when writing about multipolarity in my mid-term, something had stuck, and here I was, nearly nine months later, interlinking what I had learned in class with a completely different academic experience. I marveled at just how these connections came to me; I truly believe that this ability is a cumulative result of my one and a half years of Yale-NUS education (as frankly, there was no way I could have done this before).

As the discussion went on to cover the rapid progression of China and India as newly emerging economic powerhouses in the 21st century, I was again brought back to what I had learned previously in class; this time from both Philosophy and Political Thought (PPT) and Modern Social Theory (MST). In PPT we learn about Indian colonization through philosophical lenses through our readings of Hind Swaraj or Indian Home Rule, while in MST we cover it from a more socio political stance through the writings of Mahatma Gandhi, Ashis Nandy, and Frantz Fanon.

Was the life that Dr. Zakaria experienced as a child, and the transformation of information transmission, which he had witnessed with his own eyes, the final step of India’s decolonization? Over and over again, I found myself connecting the little bits and pieces from what I had learnt in class to what Dr. Zakaria was speaking about, although admittedly, some of these connections were a bit incomplete due to skimmed readings and late-night resignations to Sparknotes.

According to Dr. Zakaria, the role of a liberal arts education with a core curriculum is to “feed a love of learning”, but to “maintain a certain standard” of academic standards.

Dr. Zakaria and Dr. Koh’s talk reminded me, a jaded sophomore, of what it meant to be truly excited about academics again. In fact, it had been so long since I had been able to make it to any event with outside speakers—be it the Rector’s Teas, President’s Speaker Series, or just an outside event; perhaps that is why Dr. Zakaria and Dr. Koh’s dialogue inspired me so much.

And while it would be easy to blame the rigorous Yale-NUS curriculum for this, or simply wish that it would go away as soon as possible, I realized through this event that, to a certain extent, such a hectic academic experience is necessary in order to appreciate and understand our deep academic interests.

As was highlighted in the article “We Cannot Do it All”, Yale-NUS academics is tough, at times tougher than it needs to be. I certainly do not want to trivialize the negative aspects of Yale-NUS’ admittedly mentally and physically demanding curriculum. But, after all, as Dr. Zakaria said, “the things I look back with the most fondness are the courses I didn’t like and the tough profs that taught them.”

If anything, those words should help me get through the last weeks of this crazy semester. 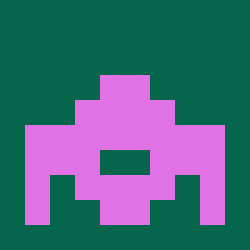