Conversations behind the film roll: Kit Ling and Jia Yang

Beyond the four corners of our residential buildings, the use of Gudak, a South-Korean analog camera app, has permeated the internet space of college students in Singapore. Apps like these seem to suggest that we still hold a certain nostalgia, hoping to reconnect with a pre-digital age. This age might not have completely vanished just yet: you might still find students in our own little community who know the authentic chemical smell of a film roll, freshly popped from its canister.

Kit Ling would be a familiar name if you had browsed through the photography exhibition presented by Objectifs in the library a few months ago. Perhaps you might even recall her calls for donations of rice grains on the Yale-NUS College Students Facebook group page, which raised more than a few pairs of eyebrows (she eventually used the rice grains to coat the props in her photography series).

Meanwhile, Jia Yang, is a fresh face in the college’s photography landscape, having only been in the college for a semester. However, he has long been involved in film photography and other forms of visual art. Having graduated from an art high school, Jia Yang perceives photography to be an essential aspect in his art methodology.

From Digital to Film

For Kit Ling, film photography was simply a continuation from her exploration in digital photography. “Digital photography started when I was seven – my dad gave me a camera. I think I maxed out the card within the first few hours,” Kit Ling said. Ten years down the road, her father gave her two analogue film cameras, the 120mm Diana F+ and the Fisheye Baby 110mm, for her birthday, and this marked her transition from digital to film.

So, film is now Kit Ling’s preferred format, and her favorite camera was one packaged in a coffee-can. “Everyone was like, why are you carrying coffee around?” she said laughingly, as she scoured her laptop to show me a photo of the camera.

Unfortunately, it was damaged twice: once when she dropped it on a high school trip in Vietnam and even after she got a replacement, it too was wrecked when she was caught in a sandstorm in Surabaya on her RCX trip. Despite them being unusable, Kit has both cameras at home as keepsakes for she cherishes them greatly.

He found shooting on film more enjoyable because “you’re conscientious with each photograph that you capture”.  This greater element of intentionality translates into better content quality in film , he said. While the inevitable visual mistakes in film photography might appear frustrating at first glance, Jia Yang remarked that he has learnt to embrace the accidents and seek a deeper layer of appreciation for them.

However, Jia Yang recognized that he still needs to continue using digital cameras. Like many other film photographers, the high costs of using film have made it uneconomical for him to shoot strictly analogue.

On the topic  of film versus digital photography, Jia Yang argued that there is no hierarchy. “[Whether you’re] shooting on film,  on compact camera, [or] on your phone, you’re still capturing a photo. There are certain more advanced elements to it, such as lighting, but the essence is still the photo,” he said,  as he described his approach to photography as seeking “the silver of a moment”. Thus, he maintained that his favourite camera is still his phone camera.

She added that photographs captured on film have a certain quality that makes them more appealing, and the added caution when using film and delayed gratification due to processing time crafts an entirely different shooting experience for her.

Kit Ling said she was inspired by the portraiture works of her middle school friend, Daniel Adams, to focus on conceptual self-portraiture. She has experimented with using props ranging from rice to newspapers to wire to present the self. Kit Ling admitted that most of her self-portraiture images were captured on digital, as she did not have a self-timer on her analogue camera.

For Jia Yang, he highlighted Lyn Low (@thatshadeofblue), Nobuyoshi Araki, Sam Kang Li and Wong Kar Wai as influences. He also mentioned Nguan, a Singaporean photographer with distinctive use of strong hues of light, pink and blue tones. “That’s the level I aspire to be,” he said. “To develop a particular style, a trademark,” Jia Yang said.

On What Makes a Good Photograph

“A good photo is not necessarily one that is aesthetically pleasing. It’s one that makes you feel something,” Kit Ling said.

Some of the best images are not necessarily good Instagram images; they may not be pleasing to the eye or evoke positive emotions, she added. “That’s why I think a lot of photographers struggle with using Instagram,” she said.  This might be a self-reference — Kit Ling has only posted ten images on the platform in 2017.

Scrolling through her Instagram profile, Kit Ling pulled out a seemingly typical, monochrome self-portrait to show me. But on closer inspection, I quickly realised it was nothing typical: the area where her mouth should have been was instead grotesquely covered with what that seemed like pressed edibles. “I thought it was gross, pretty gross to take as well. But I thought it was good. It’s interesting.”

When asked about how the shooting process has changed for her since moving into Yale-NUS, Kit Ling described her friendship with Dave Lim ‘19. He would teach her the technical aspects of photography, and they would share interesting photography profiles on Instagram with each other, debating their likes and dislikes, she said.

On the contrary, Jia Yang chose to speak of the physical relocation, when discussing his transition from his previous environment to Yale-NUS College.

“I find that being in a school compound like this damaging for photography. Photography is all about going out to explore, to see new spaces, new places, new environments,” Jia Yang responded. However, due to the structuring of the campus space and uninspiring architecture, Jia Yang feels confined in this environment – ironically forcing him to leave the campus often to shoot.

Reflecting on the college as an artistic hub, Jia Yang expressed his hopes for proper exhibition spaces and more regular artist talks, while at the same time acknowledging that he is not in position to comment as he has only been around for a semester.

I was curious about their thoughts on an analogue photography student organisation and collaborations. To this, Jia Yang commented that there is no need for one to be part of an official club to further one’s practice. As a parting thought, Jia Yang said, “a club shouldn’t be something that pushes you; it should be yourself”. 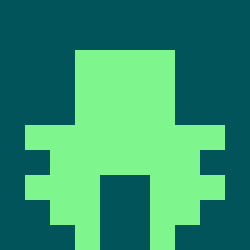