College is often considered the ideal time—or even the only time—to hunt for a significant other, which is why we sometimes feel immense pressure to find a significant other during this time. In a small community like Yale-NUS College, the news of the birth of a new couple spreads like wildfire across campus in a matter of days, often making one feel as if one is a lonesome single in a sea of couples. While some people prefer dating within Yale-NUS (also coined as the eyebrow-raising “YNCest”), others, like Michelle Leow ’21, claim that “it’s college, Tinder [has to be] an immediate download!”

After engaging in countless dining hall conversations about online dating (and dating in general), I decided to see for myself what the world of dating apps is all about. Admittedly, I went in holding a rather biased view of online dating—I had heard of too many examples of older men catfishing younger girls, trashy pick up lines, and unsolicited NSFW (not safe for work) pictures being thrown about.

However, curiosity eventually got the best of me. I put my prejudices aside and typed “dating” into the app store search engine. I was presented with a plethora of apps, including Tinder, Bumble, OKCupid, Grindr, Happn, and Coffee Meets Bagel, each promising a different level of commitment and type of relationship. Obviously, the most popular one was Tinder, where you swipe right on anyone you find attractive and swipe left on others. Within the Tinder app, you can adjust search filters for preferred gender, age range, and distance. Other apps promote innovative strategies such as only allowing girls to initiate a conversation, connecting you with people you walk past in real life, or helping you interact with people based on common interests and intellect rather than just physical attractiveness.

My experience made me realize that these apps could perhaps be the gateway to venturing out of the “YNC Bubble” to socialize, both platonically and romantically, with a much wider range of people.

While some people on dating apps fear being judged or ridiculed, surprisingly enough, the stigma associated with online dating is not as commonplace at Yale-NUS. Almost everyone I interviewed had come across other Yale-NUS students on these apps. As Leow said, “I think for me it was pretty normal to see other [Yale-NUS] people since I myself was on the app. If there’s anyone out there who feels ashamed about it, don’t be! It’s really quite normal, and fun. And for those who think that these apps are only for casual flings: well, I met my boyfriend through Tinder, so who knows?”

In contrast, Pragya Sethi ’19 questioned the honesty of dating through online platforms, arguing that “dating apps perpetuate the unhealthy idea of physical attraction as a primary reason for dating someone.” She also added that although she has come across Yale-NUS students on dating apps multiple times, she swipes right for the sake of banter, not for romantic reasons.

The simplicity, ease and comfort that come with online dating are appealing to many. It is easier to make conversation from behind the screen and in the comfort of your own bedroom than to go up to someone in a bar or in public where there is always the risk of embarrassment. These screens act as a kind of “defensive wall” that on some occasions offer solace and protection, and on others imbue a confidence that somehow cannot be mustered when meeting someone face-to-face. If things go south on these apps, one can just unmatch, unlike or delete. Furthermore, being able to meet and interact with potential mates with just a swipe is as convenient as it gets, making online dating all the more appealing.

In a small community like ours, “unmatching” or “deleting” relationships can get particularly tricky. In conversations about “YNCest”, I found that a number of students find it suffocating to date within the gates of the campus despite the abundance of like-minded individuals. Dara Hanson ’21 said that although she loves the Yale-NUS community, it could sometimes feel confining. “Especially when it comes to hooking up, it’s easy for the word to get around.” She thus prefers to head outside of Yale-NUS for privacy.

However, some students find dating within Yale-NUS appealing because of the benefits of physical proximity and common schedules. As Andre Wong ’21 said, “I expect to find someone similar minded here easily; someone who would understand my ambitions and commitments, and would have their own.”

Whether or not Yale-NUS students choose to take their search for a partner out of school, I think it is our duty to provide a non-judgemental environment, especially because we are such a small community. “People have to be more mature about dating in Yale-NUS,” said Ryan Foo ’20. “Students should not be ridiculed for their choices romantically and sexually, and [they] should have the freedom to organize their own lives without judgment.” 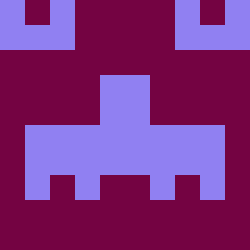