What’s the point of Yale-NUS if the Gays are still Oppressed?

Jim Sleeper and other critics of Yale-NUS College have argued since its inception that Yale University and the liberal arts have no place in an illiberal country like Singapore. We were therefore disappointed but not surprised to read Yale professor Christopher Miller’s comments in a recent article published in the Yale Daily News.

In the article, Professor Miller claimed that Yale-NUS is the “product of a misalliance between a university that claims to support human values and a regime that represses them”. Specifically, he highlighted the continued retention of Section 377A of the Penal Code which criminalises “acts of gross indecency” between men as an example of how the “supposedly salutary presence of a liberal-arts institution has thus far made no difference”.

We do not doubt Professor Miller’s intention in his criticism of the objectionable treatment of LGBTQ+ people in Singapore. After all, he has made this criticism repeatedly since 2011, arguing then that Yale has “no business establishing a campus in a state where some of its own faculty members are subject to arrest because of who they are.”

The retention of Section 377A is indeed frustrating with real implications on the lives of LGBTQ+ people in Singapore. However, Professor Miller’s implied expectation that the establishment of Yale-NUS College should either foster a less homophobic society in Singapore or lead to the repeal of Section 377A altogether is bizarre to say the least.

Make no mistake —  we are not being apologists for the state of affairs in Singapore. Like Professor Miller, we believe that Section 377A is a law that should be repealed and much more needs to be done to create an equitable and inclusive society for LGBTQ+ people among us.

What we disagree with Professor Miller on is twofold: firstly, that the presence of Yale-NUS College has made no difference and secondly, that American involvement in Singapore through Yale’s involvement in Yale-NUS was supposed to magically liberalize our society.

Firstly, to measure Singapore’s progress on LGBTQ+ rights only by the repeal of Section 377A seems oddly narrow and frankly unrealistic.

To put things in perspective, the US only decriminalised sodomy throughout the country after the Supreme Court ruling in Lawrence v. Texas in 2003. Can it be said that Yale University’s “salutary presence” in the country made no difference in the US for over 300 years until Lawrence?

It was discouraging that the Singapore Court of Appeal ruled that Section 377A was not unconstitutional in 2014. Yet we also note that the previous US Supreme Court ruling in Bowers v. Hardwick had held that sodomy laws were constitutional in 1986 until it was overturned by Lawrence two decades later.

While Section 377A has yet to be repealed, queer activist and writer Ng Yi-sheng aptly describes the Singaporean gay rights movement as “not a revolution, but a quiet sort of progress.” In context, the movement has made great progress since our own “Stonewall” moment at a gay disco called Rascals in 1993 that happened more than two decades after Sylvia Rivera, Marsha Johnson and many others rioted in New York in 1969.

It seems to us then that Professor Miller’s “principled” opposition to Yale’s involvement with Singapore to preserve its liberal moral purity is at once chronological snobbery with regard to LGBTQ+ issues specifically and selective amnesia about Yale’s own checkered history generally.

In any case, while we have not successfully decriminalised sodomy in Singapore over the past 5 years as Professor Miller may have expected us to, it would not be accurate either to say that Yale-NUS has made no difference at all to the LGBTQ+ community.

After Yale-NUS College admitted its inaugural class, one of the first groups that the students set up was The G Spot, a group focusing on gender and sexuality advocacy. As current and former Coordinators of the group, we have worked with our members made up of students, staff and faculty of the college to advocate for LGBTQ+ rights within and outside the college. This has ranged from a month-long campaign on sexuality and gender every October as well as Qrientation, an LGBT orientation programme for queer-identifying and allied first-years.

We also co-founded the Inter-University LGBT Network in 2015, together with four other LGBTQ+ student organisations from the three main public universities in Singapore. Collaboratively, we conduct research on campus policies and student experiences to advocate for safer, more inclusive campuses for LGBTQ+ students, staff and faculty.

Clearly, as a professor whose academic interests include postcoloniality, it must be obvious to Professor Miller that there is more than one way that societies develop and that societies change at different rates and by different means. Given the divergence in the history, culture and geography of the USA and Singapore, our model of activism is not — and obviously cannot be — the same as America’s.

To fantasize then that the export of American liberalism through Yale’s collaboration with Singapore will miraculously transform our society seems quite naive and conjures up spirits of intellectual and moral neo-imperialism. Is Yale-NUS supposed to be nothing more than a tool for the promulgation of American ideology?

In her book “Mobilising Gay Singapore”, NUS Associate Professor of Law Lynette Chua has described the local gay rights movement as a form of ‘pragmatic resistance’, which seeks to advance the movement while ensuring that it survives the scrutiny and potential retaliation of authoritarian rule.

A comparison between the respective “Stonewall” episodes in the US and Singapore reveals the differences in our models of social change. While the riots along the streets of New York were followed by days of demonstration, the Singaporean approach was much less confrontational.

A young law graduate named Wilfred Ong who was at Rascals that night composed a letter of complaint to the police and the Ministry of Home Affairs. Less exhilarating but no less effective, his letter prompted the police to make a formal apology and the raids declined in the years that followed.

Of course, this un-American model of social change is not without its critics and Jim Sleeper has cynically referred to Professor Chua’s 2012 lecture in Yale on her research mere “music to the ears of apologists for Yale’s Singapore venture”.

Sleeper’s views are not surprising; in a 2015 essay, Mehlab Jameel highlights how the “[liberal] savior complex conveniently ignores the local context in Third World countries and poses “LGBT rights” as a movement isolated from local politics”. Indeed, to simply dismiss our seemingly slower, less effective strategy of pragmatic resistance as a mere apologist excuse seems to summon the spectre of Gayatri Chakravorty Spivak: can the subaltern speak?

Listen to the subaltern speak

Sure, the continued existence of Section 377A is problematic, but the way in which Section 377A is continually invoked by commentators such as Professor Miller and Professor Sleeper suggests that perhaps they are less interested in the plight of LGBTQ+ people, than they are in co-opting Section 377A for the sole purpose of criticizing Yale-NUS and Yale’s foray into Singapore.

While we hope that this is not the case, any Western academic who is genuinely interested in the plight of LGBTQ+ people in Singapore would understand that there is no one way that LGBTQ+ rights should be fought for. As foundational postcolonial feminist theorist Chandra Talpade Mohanty warned in relation to women’s rights, it is critical for Western feminist writing to avoid “discursively coloniz[ing] the material and historical heterogeneities of the lives of women in the Third World”. In the same way, the particularities of the Singaporean context cannot be erased in making any critique of the gay rights movement here.

Indeed, Joseph Massad cautions against imposing Western ideologies and universalizing them, an act which he calls an “epistemic, ethical, and political violence unleashed on the rest of the world”. In the case of the Arab world, this produced a homosexual/heterosexual binary in cultures where no such binary previously existed, which subsequently contributed to the often violent backlash against the very people that “Western male white-dominated” activists were trying to protect.

While the situation in Singapore is different, it bears reminding Western commentators that our political, social, and cultural contexts in Singapore and in Western countries can be very different. To claim that no progress has been made just because Section 377A remains in place would be to discredit the hard work of activists on the ground that have worked towards not only its repeal but also other issues that affect LGBTQ+ people in Singapore.

More fundamentally, it is crucial to question what exactly the function of Yale-NUS is, both in itself as an educational institution, and as an entity that represents the ties between Singapore and the USA. Professor Miller’s comments appear to expect Yale-NUS to be a solution for Singapore’s authoritarian milieu.

However, to conflate Yale-NUS as being a deliverer of certain ideologies would be an immense disservice to the numerous educators who have worked hard into developing Yale-NUS’ educational philosophy and modus operandi.

Furthermore, by citing the extant laws criminalizing same-sex intercourse between men as being emblematic of Yale-NUS having made “no difference”, an unfair burden seems to be placed upon a mere educational institution to radically change a country’s laws as well as its political and ideological milieu — within five years, at that.

Instead, the impact that Yale-NUS set out to achieve has always been a rethinking of what education can and should look like in an increasingly plural and interconnected world. As former President Pericles Lewis noted, our community has fostered a unique culture of civil discourse that has much to offer in what has also become an increasingly divided and fractured world. Yale-NUS Professor Anju Paul has also remarked in her speech at last year’s First Year Assembly, “in our difference and diversity, we find freedom and richness”.

In her speech, Professor Paul also clarified that Yale-NUS is “not Yale in Asia, and we are not NUS-lite”. We are not merely a metonym for either Yale or NUS and should not be seen as an embodiment of a uni-directional exchange of ideas flowing from New Haven to Singapore. To do so would be to make a mockery of our faculty and administration’s endeavour to create a mode of education that allows for the inter-cultural exchange of ideas. After all, as Professor Jay Garfield suggests in the Yale Daily News article, Yale-NUS has some things to offer not only to NUS but also Yale. 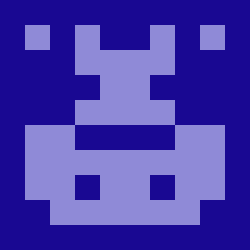